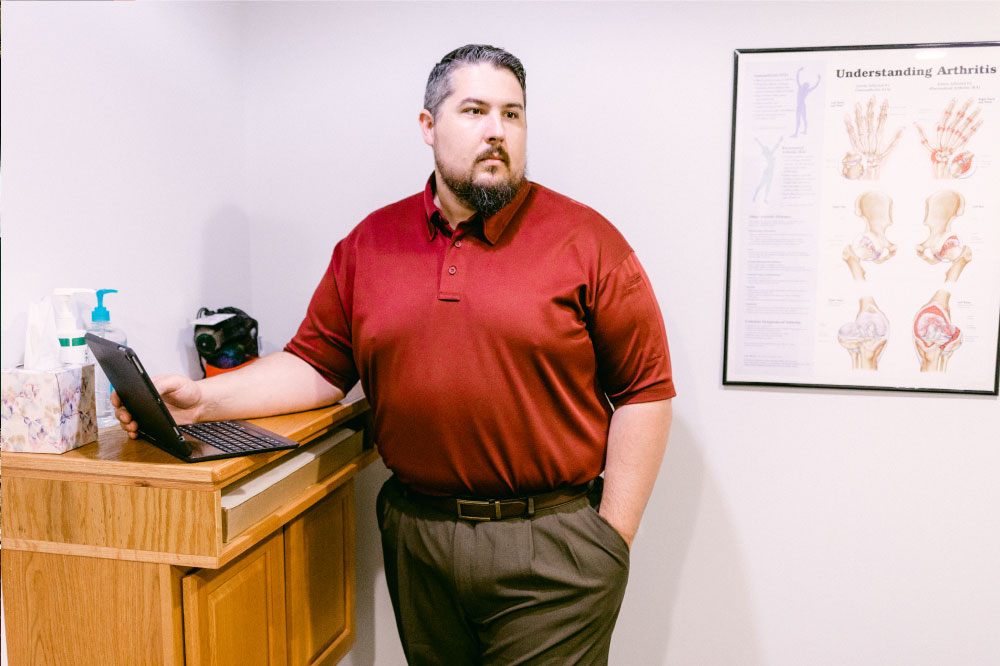 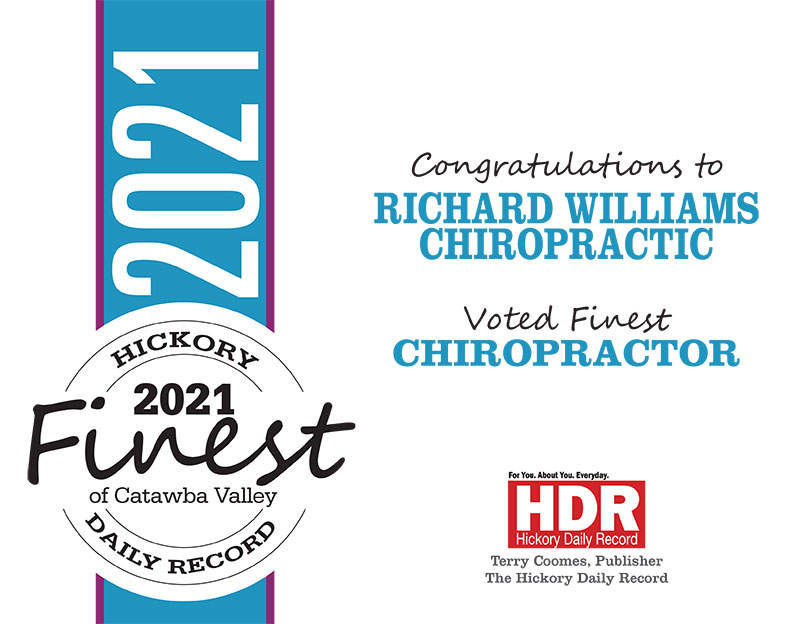 Our mission at Richard Williams Chiropractic is simply to serve you. We provide excellent chiropractic care to help our patients reach and exceed their health goals. We assess the patient as a whole. We want to address the main concern, but also lead you into a lifestyle of being pain free. We do all of this by offering an evidence-based approach to chiropractic care by utilizing chiropractic manipulation, soft-tissue techniques, therapeutic rehabilitation, and a variety of chiropractic services to help achieve your health goals.

Dr. Williams is a native of the Bethlehem community in Alexander County. He attended Bethlehem Elementary, West Jr. High and Alexander Central High School. He graduated from St. Stephens High School. Sports is a lifestyle for Dr. Williams. He participated in football, baseball, wrestling and track and lettered in three sports in high school. After graduation, he attended Wingate University, majored in Athletic Training and became a certified Athletic Trainer following his Board of Certification exams.

While attending Wingate, Dr. Williams worked with numerous athletes from a variety of different sports such as softball, football, lacrosse, soccer, volleyball and swimming. He was a member of the Sports Medicine Club (SMED) and Phi Epsilon Kappa Fraternity. He was named Athletic Trainer of the Year during his senior year. Also, during his senior year, Dr. Williams completed an internship with the Charlotte Checkers, a professional hockey team. It was during this time that he realized he wanted to study further in avenues of the healthcare field to eventually provide a well-rounded, holistic approach to patient care.

Before entering Logan College of Chiropractic, he worked with local high school football teams as an Athletic Trainer. In addition to his studies at Logan College, Dr. Williams continued his sports interest by participating in the Scottish games. He earned many medals for individual competition and nationally ranked in the top five percent of all amateur participants. He was awarded Scottish Games Athlete of the Year at the St. Louis Scottish Games in 2011. While at Logan, he was a member of the Logan Sports Council and co-founded the Logan Highland Athletic Club. Community Service activities included the St. Louis Arthritis Walk, volunteered as an Athletic Trainer for the Chesterfield Pumpkin Run, offered chiropractic services for Crohn’s and Colitis Walk, volunteered at the Red Bird Health Fair, and volunteered athletic training services for the St. Louis Slam—a semi-professional women’s football team.

Currently, Dr. Williams is very active in the Bethlehem community. He is president of the Bethlehem Business Association (BBA) and a member of the Alexander County Health & Human Services Board. He also helps coach a private, christian-based high school football team called “The Hickory Hawks”.

Contact Richard Williams Chiropractic to request an appointment or to request additional information about our services. We look forward to hearing from you.

Font Resize
Contrast
Accessibility by WAH
Call Us Text Us